S&N Genealogy Supplies was founded in 1992 by Sue and Nigel Bayley to provide computer related products for family historians. Family historians at the time needed a fiche and film viewer to be able to view the census. It was believed to be impossible to publish this sort of information on CD-ROM, but developments in scanners and compression methods eventually meant that it was possible to publish the census on CD.

This was the start of our data CD-ROM publishing business, putting hundreds of parish records, directories, poll books and, of course, census in a section of the catalogue called British Data Archive. In 1999 a limited company was needed to deal with contracts with CD-pressing plants and the PRO, and so S&N British Data Archive Ltd was born and continues to trade as S&N Genealogy Supplies.

BDA now has census material available from 1841 to 1901 covering England and Wales.

We were the first to publish the UK census on CD-ROM and have developed techniques to improve the image quality by the use of custom software and specialist equipment.

In 2006 Sue and Nigel moved to Jersey leaving S&N British Data Archive Ltd in the safe hands of their three sons Mark, David and Paul.

Also a free app has been developed to help you with your research called TreeView that lets you build your family tree wherever you are. TreeView is an interactive online system that allows anyone to store their tree and photographs online. You can share this with invited family or friends. This facility is free for all to use, and is available at www.TreeView.co.uk

TreeView is now also an integral facility on TheGenealogist and can be used if you have ever had a free trial to the site; just visit www.TheGenealogist.co.uk/freesub

The premium subscriptions to TheGenealogist have proved very popular. New data sets are added at no extra cost to Gold and Diamond subscriptions. 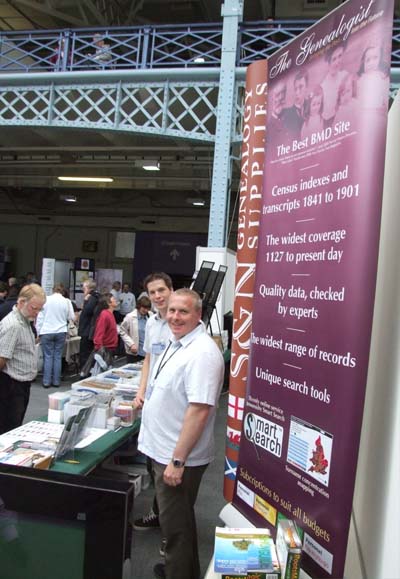 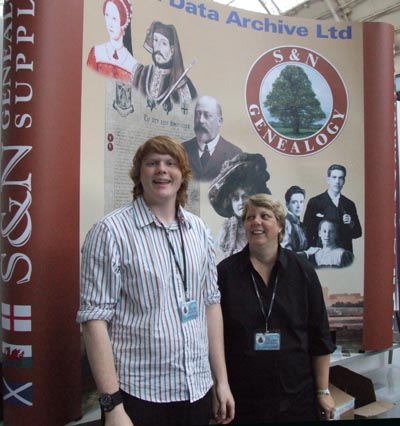 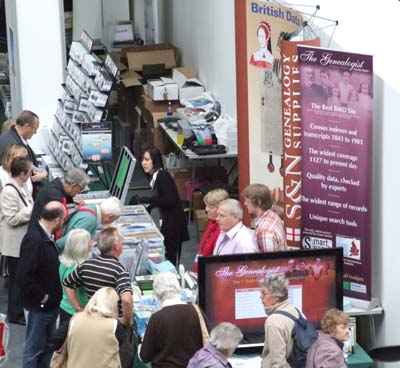 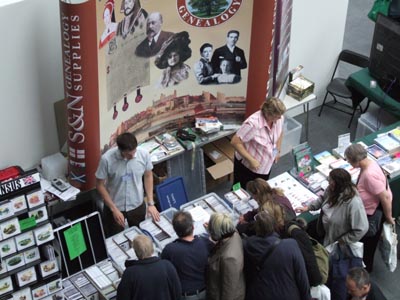 In 2007, working with the Federation of Family History Societies, B.D.A. launched a new automated online Genealogy Fair website. GENfair.co.uk is the largest site of its type with over 120 suppliers and over 20,000 different products.

The company has continued to grow, and have made a huge amount of resources available both online and on CD. As you can see, the stand in 2007 only occupied a few tables - nowadays, as a sponsor of the event, we occupy two of the largest stands and have our own lecture theatre, which saw huge crowds for our talks.

Mark Bayley giving his talk 'Breaking Down Brick Walls in your Research' at the 'Who Do You Think You Are? Live!' show at Olympia, 2012 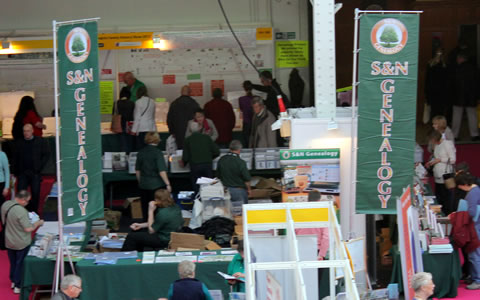 S&N Genealogy Supplies stand at the 'Who Do You Think You Are? Live!' show at Olympia, 2012

Our lecture theatre and TheGenealogist.co.uk stand at the 'Who Do You Think You Are? Live!' show at Olympia, 2012

It's hard to believe that we started out when there was only one genealogy magazine and computers were so niche that they only got mentioned on the odd page or two.

We now have several sites that provide a range of different services:

www.UKcensusOnline.com — For those starting out - The census and BMDs for England and Wales.

www.FHS-Online.co.uk — The easy way to search society data online and for societies to publish data online.

www.DigitalArchivist.co.uk - conversion of records from the old archival formats of microfiche and microfilm into online databases with a custom front-end